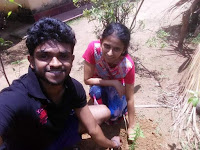 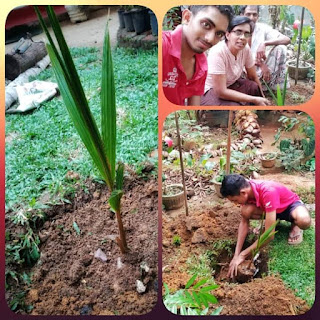 The dawn of month April fills the hearts of Sinhalese as well as Tamil people with prosperity, happiness and satisfaction, because it concludes the harvest season. The transition of the Sun from the House of Pisces to the House of Aries indicates the beginning of a New Year according to Sinhalese culture. Festive mood with various sweetmeats, auspicious times, various rituals enhance the enthusiasm in minds.

To experience this precious ceremonial function with its rituals and cultural games, Leo Club of University of Moratuwa conducted an outstanding Awurudu function at the University Lagaan premises, on 6 th April 2019 from 9.00 in the morning with the participation of Leos, prospects and past Leos. An attractive village house with the owners of it; Gama Mahatthaya and his beloved wife added an extra beauty to the program. Wife of Gama Mahatthaya, the lady in the house lit the hearth and cooked a pot of milk rice signifying prosperity. All the participants got the chance of tasting this milk rice and other sweets specially made with deliciousness. After the rituals, the Awurudu games commenced.

It was heart touching to see all the members playing together without concerning about any other factors but only the brotherhood. The most fascinating item in the function was the pillory and most of the members were given the opportunity to obtain an experience with the pillory and some situations are unforgettable. Bridging friendship together traditional games and joyous activities were the theme of the day. At the end of this blissful event, all the winners were given delectable gifts, which were opened just after the distribution. All the participants, whether winners or the defeated, got an equal opportunity of tasting the distributed sweets. The donation of past Leos of the club to appreciate the President Leo Kasun Ramanayaka was a special moment. All the participants were thrilled and built an everlasting bond succeeding the purpose of the event. 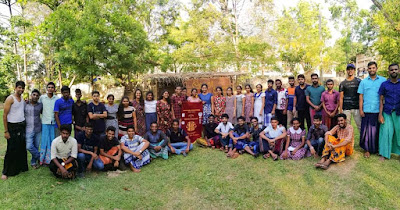