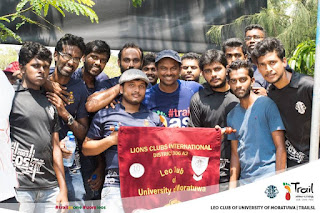 Suffering do not rely on race, religion or cast. They are common for all human beings. If we have a chance to fight against them or if we can help someone to get thorough those sufferings, we will receive the true meaning of happiness.
TRAIL, Sri Lanka’s largest ever crowd-funded charitable initiative was started under the intention of constructing the nation’s second specialized cancer hospital. The founders for this fund raising campaign were Sarinda Unamboowe and Nathan Sivagananathan. On 2011 they laid the foundation for this initiative. They first thought of constructing a hospital in Jaffna after raising around Rs.401 million. Then the project was set to resume again with the announcement of “Walk, Unite, Heal” in October 2016 with the new goal of raising Rs.772.95 million to build a dedicated cancer treatment facility as an expansion of the Karapitiya Teaching Hospital in Galle. A 670 km walk from Point Pedro to Point Dondra was commenced on 6th of October in order to gather funds.
UoM Leos were blessed to join in this campaign of humanity, on 26th of October 2016. We were able to join the walk from Maliban Junction and trailed to Moratuwa town with them. Funds collected by us from the university colleagues and others were donated on the day to the pioneers. It was another new experience for the UoM Leos as they were able to contribute to a large scale charity project which touches the hearts of everyone. 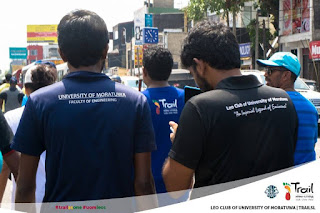 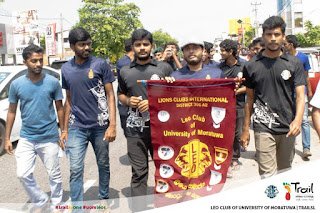 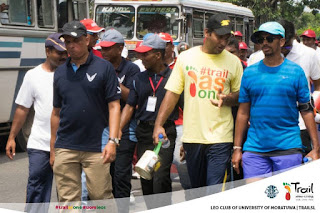 Posted by Chamindi Jayaweera at Monday, October 31, 2016 No comments: 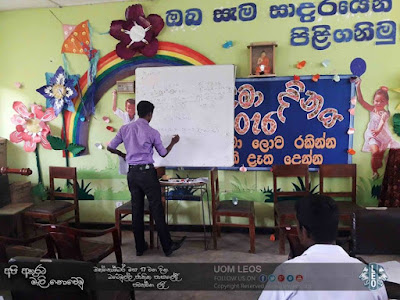 Knowledge is a wealth increasing continuously when keeps on giving out education. God gives something to us in order to share it out with others and see happy on. So when such chances are met, we don’t neglect it to do our duty there. That is the principle of life for pleasant survival.

Such golden opportunity we had on 17th Oct 2016 at Phase VII of Api Akurata Meli Nowemu. 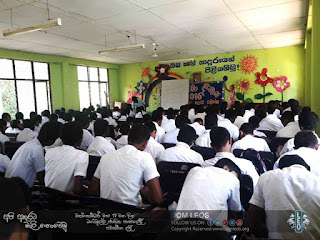 This is a students educating session at Batemulla National College.We as a group of Leos and prospects visited there and mixed-up with the students for encouraging on their path of education. Big portion of the day is spent with them effectively by teaching some necessary areas explaining important concepts, clarifying doubts and guide them to approach questions. 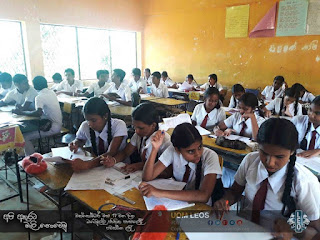 There, we worked in spread-out manner to face all students.
Children are on more important phase of life growth and every society have the great responsible to fertilize them. Here, our Leo club helps us to carry-out such responsibilities of us. And we completed it with great pleasure. 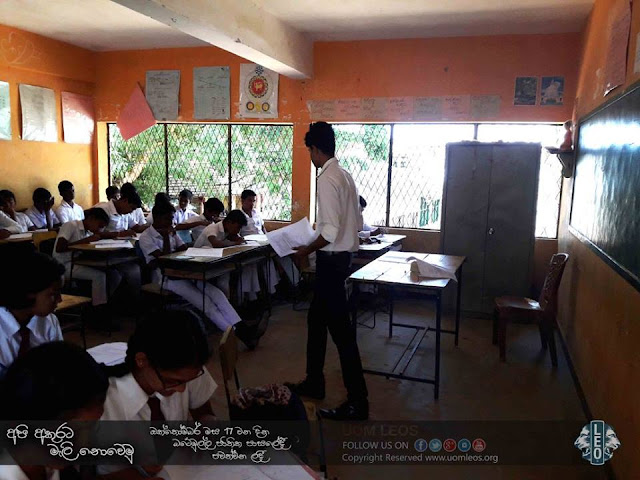 Posted by Unknown at Wednesday, October 19, 2016 No comments: