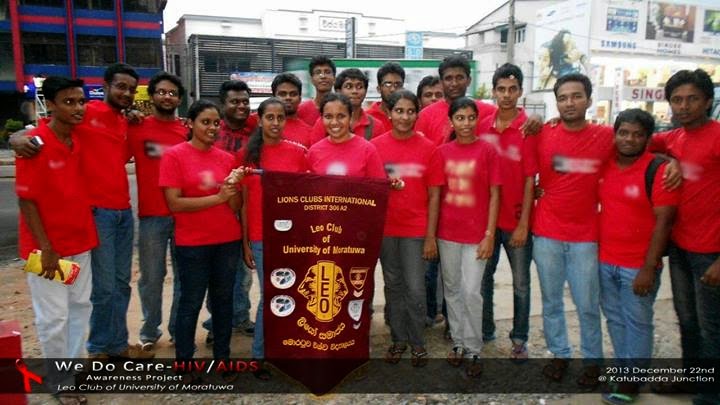 The Asian Tsunami killed 110 000 people; AIDS kill the same number for every two weeks. It is a major disaster in today world and now it aggress Sri Lanka too. So it is our responsibility to communicate general public about Human immunodeficiency virus infection /acquired immunodeficiency syndrome (HIV/AIDS). 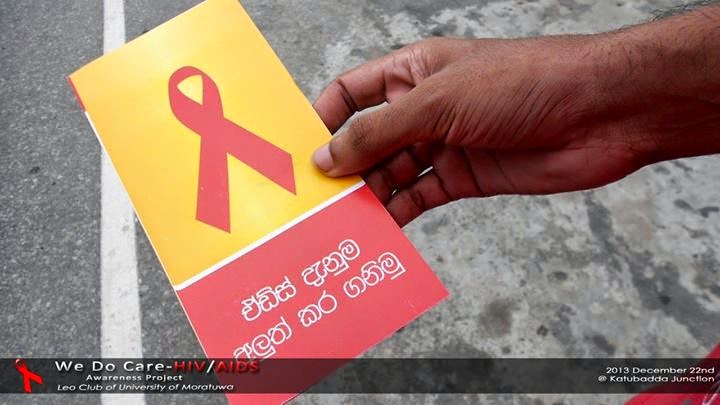 It was the first international joint project for the Leoistic year 3013/2014, with Indonesia, Malaysia,
Hong Kong and Sri Lanka. The main objective of this project was to spread the awareness about AIDS among the general public and at the same time to emphasize that HIV/AIDS is not spread by body touch. The idea was, out with the purpose of inviting public to show their‘touching cares’ towards HIV/AIDS positive people, through shaking hands, high fives and giving hugs. 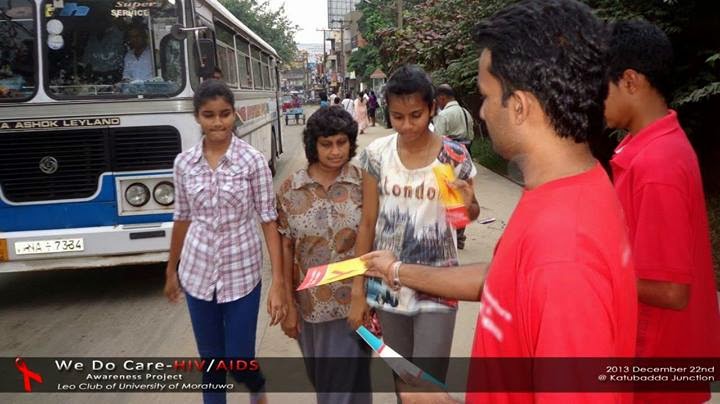 Leo Clubs of the 4 different countries carried out this activity in 4 continuous weeks. It was held on14th December in Indonesia, on22nd December in Sri Lanka and on 29th December in Malaysia, 2013 and it will be held on 04th January, 2014 in Hong-Kong. 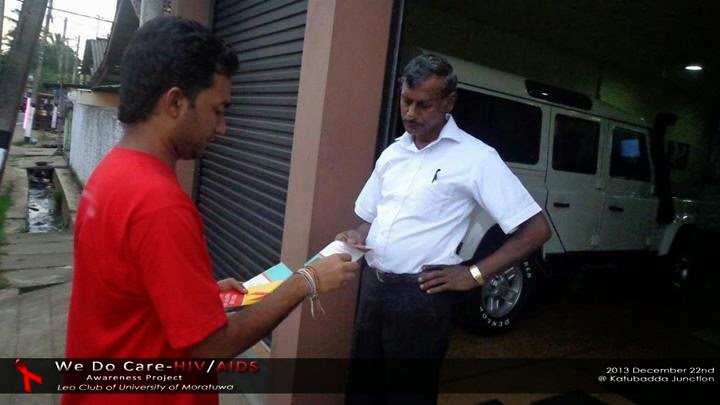 UoM Leos distributed some leaflets and they received many positive comments from the community and they shook hands with people and took steps to distribute some leaflets among people. Also they have decided to print a red coloured t–shirt which signifies the importance of the aids awareness. Most people appreciated the work as this is a topic which is not much discussed openly in Sri Lanka and got good understanding about this huge disease.
Posted by Pramodh Senanayake at Saturday, May 31, 2014 No comments: 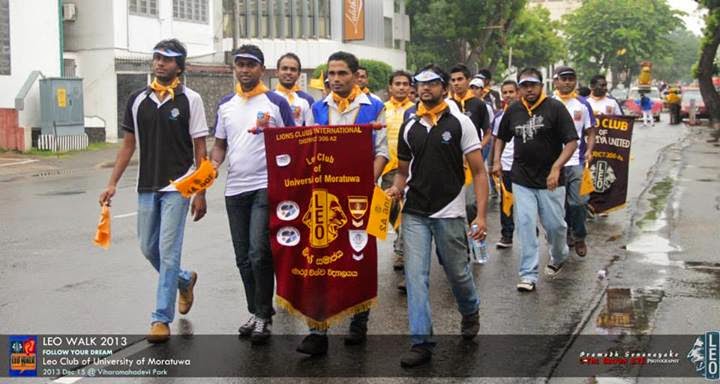 Dreams…. They are things that people make alive. To achieve our best we should follow our dreams.“Follow Your Dream” was the title of the annual Leo walk 2013.Leo walk is a mega project organized by the Leo multiple district.It is an annual project.In this year “Follow your dream” Annual Leo walk 2013 was held on Dec 15th 2013. In this mega multiple district project,every club was assigned to special tasks. UOM LEOS were given the task to decorate the main vehicle. First of all UoM Leos have planned the design and analyzed the budget. University premises were chosen to create decorations because it was easy for everyone to participate. The vehicle was a small lorry and Leos made the structure for that. The important thing was that they mainly used non expensive materials and did the creation. Every club member and lots of prospects from UOM Leos were enthusiastically participated in this event during 10th-14th December 2013. 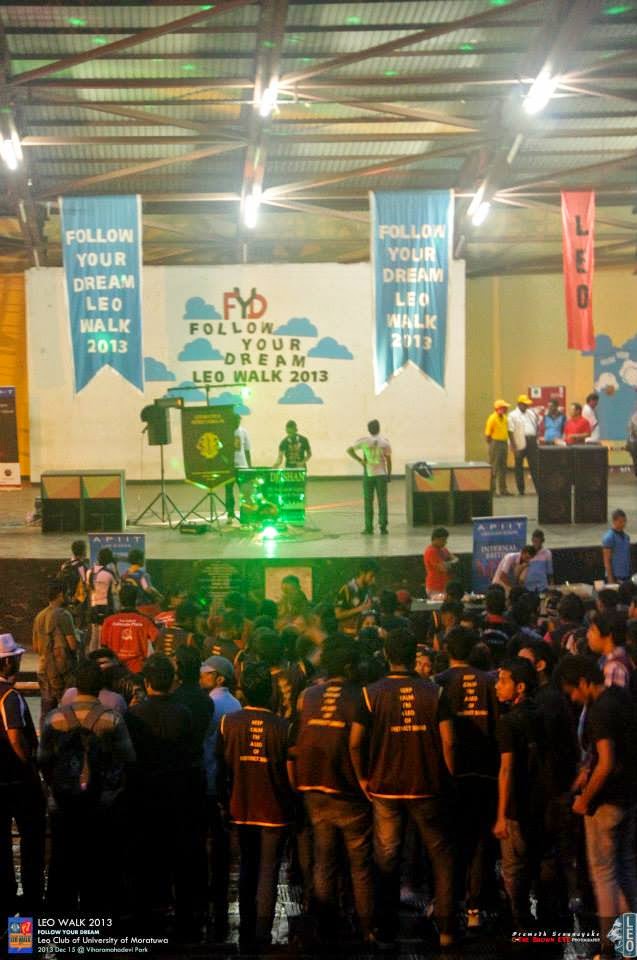 The theme “follow your dream” gives an idea to the community to success their lives and this
project helped us to develop our pattern of thinking. On 15th December the walk was held from Mahanama
College to Viharamaha devi open theater. Many lions and lion ladies have participated for this including Lion
anwer dole MJF, Lion padmasiri ranawakaarachchi MJF and Lion districh goveners. At night there was a DJ party and an appreciation awards ceremony. This successful event improved the team spirit as Leos. 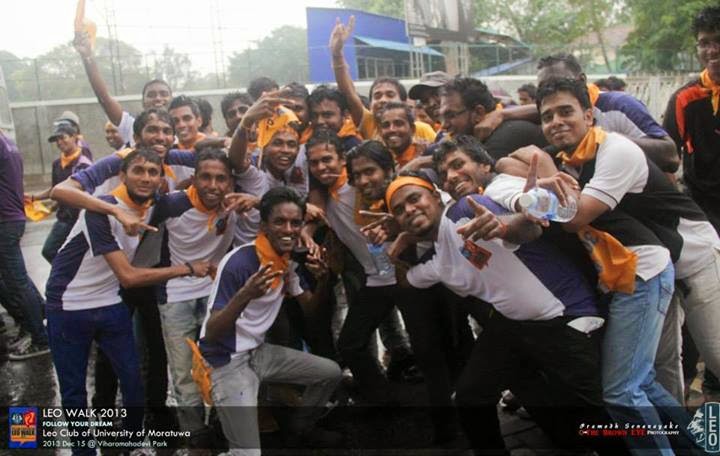 Posted by Pramodh Senanayake at Wednesday, May 28, 2014 No comments: