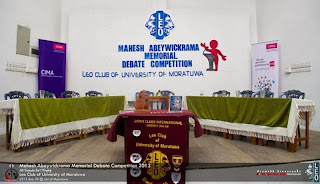 “Don't raise your voice, improve your argument”
Mahesh Abeywickrama was a beloved brother, an undergraduate of our university and especially an initial member of our club. He was elected as the president of our club 2004/2005. But unfortunately he leaved us in unexpected manner and as a club we always memorize him. This project initially started to commemorate our beloved character. 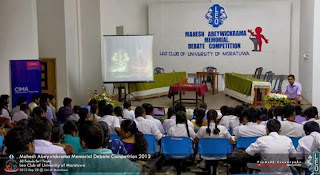 Event begins with the arrival of Leo Kaneel Maddumage and other dignitaries of the Leo district 306A2. We decided it is good to have religious activities before the commencement of the event. Chief incumbent of the temple situated near university, Sri Wijayarama temple done the religious activities. Then the starting ceremony began with the lightning of oil lamp by the dignitaries present at the occasion. 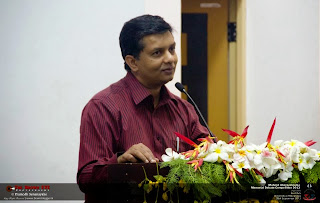 Then the final round began with improving the curiosity of the spectators.  Judge panel consisted of 5 distinguished people including Mr:Sooriyabandara, the chief guest, Leo Isuru Senadheera, the IPDP of Leo district 306A2, Leo Chaturanga Gunasekara, IPCP of Leo Club of UoM, Mr: Hasitha Sandeepa, a former school debate team captain and Mr:Sajeewan Basuru, who is also a former school debate team captain. After a huge battle of voices between the debaters, Panadura Sumangala College emerged as the winners of Mahesh Abeywickrama Championship. 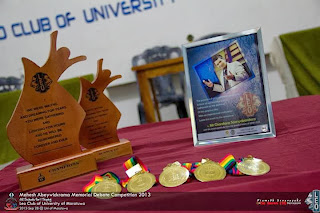 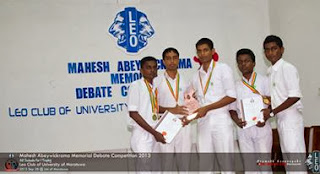 Posted by Pramodh Senanayake at Sunday, December 29, 2013 No comments: