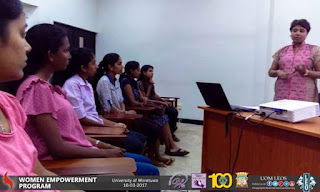 BRING OUT THE HERO WITHIN YOU

The women continue to face routine discrimination, harassment, and maltreatment in every corner of our society and it is a fundamental need to give an idea about this social status to the women and need to bring out the heroine within them. 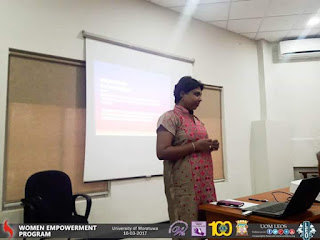 .
The project was conducted within the university premises with the collaboration of the WIE (Women in Engineering) affinity group. The support given by WIE made the event a success. The project gave a better idea to arouse the heroine within them, while up keeping their personal and professional qualifications. 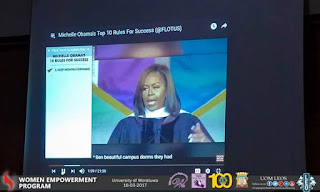 This helped immensely in cultivating of the personality, unity and team work among club members, organization, leadership and communication skill enhancement of the Leos and Prospects
Posted by Chamindi Jayaweera at Sunday, March 19, 2017 No comments:

Email ThisBlogThis!Share to TwitterShare to FacebookShare to Pinterest
Centennial parade 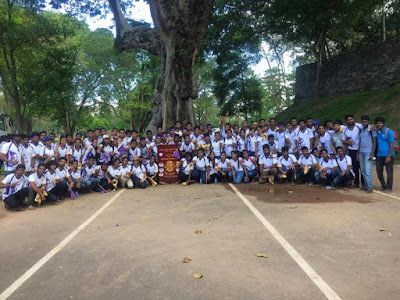 The first LEO club was founded in 1957 by Jim Graver, the couch of the Abington High School, Pennsylvania baseball team. It grew rapidly beyond Pennsylvania in a short time as it served and touched the hearts of the youth. Currently having over 160000 members around 140 countries in the world LEO club has become the largest youth club of volunteer character in the world.
Remarking the centennial celebrations of the LEO movement a walk was organized by the Leo District 306A2. It was a lifetime opportunity for the LEOs to take part in the Centennial walk 2017. Once in 100 years the LEOs will be having the experience of a centennial walk and we were lucky enough to take part and walk with the spirit of the Leoism carrying in our hearts.
It was held on 11th March 2017 at Viharamahadevi Park with the participation of all the Leo clubs of the district. It has become the biggest walk in the history of the Lionism and Leoism of Sri Lanka.

Posted by Chamindi Jayaweera at Wednesday, March 15, 2017 No comments: