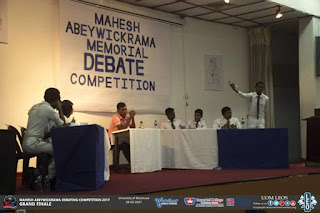 This project was organized to enhance eloquence of the school students in Western, Southern, Northwestern and Sabaragamuwa Provinces.

School students from grade 9 and above in Western, Southern, Northwestern and Sabaragamuwa provinces were the targeted community from this project. 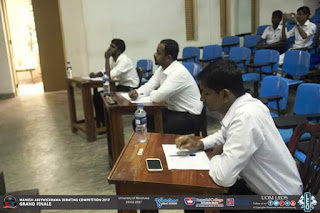 We inaugurated first rounds by covering all the schools in the above mentioned four provinces conducting the debates at selected schools in every province. Semi-finals and finals were carried out with the participation of the province wise winners in every province at the University of Moratuwa. The grand finals were conducted by selecting the winners from the semi-finals. Awards, certificates and medals were distributed among the winners, semi-finalists, best looser team and all the participants with the main intention of encouraging and appreciating them. This valuable project made an opportunity to encourage the school debaters to improve their skills and personality development of them and the participated Leos and prospects.

The project was conducted in several places around Sri Lanka by covering four main provinces successfully. The support given by the principals in schools, teachers’ in charge for the debating teams of particular schools, the sponsors who allocated funds for the event together made the event a success. Help received by all the Leos and prospects should also be mentioned for this attempt.

Every year we launch the Mahesh Abeywickrama Memorial Debate competition under the purpose of building powerful debaters who uses words as a way of expressing powerful thoughts and uplifting the ability of listening to others.

We have created a stage and an opportunity to showcase their talent of using mighty words. The opportunity was given to evoke the spokesman within the school debaters.

We have already focused on building the personality, leadership, and organization and communication skills of the Leos and prospects that joined together in making this effort a success. 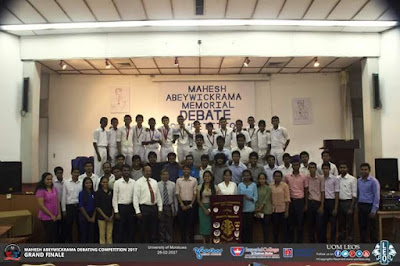 Posted by Chamindi Jayaweera at Tuesday, February 28, 2017 No comments: