We conducted the Shramadana campaign “Senasunata Sawiyak ” on 28th July 2013 at Doadanduwa Polgasduuwaaranya Senasanaya. This was conducted from 8.30 a.m. to 6.30 p.m. This was the first project of the Leoistic year 2013/2014 as well as the first project of the new Board of Office Bearers. This has been the biggest and the most important Leo project of the month.
Leo Shehan Madusanka brought up the initial idea for the project and he himself chaired the event. More than 40 Leos and prospects participated at this event. 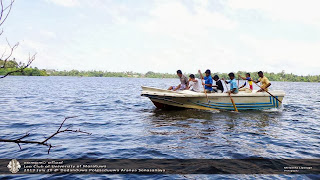 The Dodanduwa Polgasduuwa Aaranyaya Senasanaya is situated at Dodanduuwa in Galle. It is located in an island, in the Rathgama Bay, about 1km away from land and it is in a beautiful location. This aaranyaya is more than a century old and has a huge historical value. Both local as well as foreign monks meditate at this peaceful aaranyaya. The aaranyaya is surrounded by a forest with lots of herbs.
The idea of Leo Shehan was to conduct a shramadana campaign at this religious place. First he informed about the project proposal to the president of the Leo club of University of Moratuwa, Leo Ajith. Leo Ajith appreciated the idea and told to organize the event. Then our Club had general meeting to inform all the Leos about the upcoming events and this project too was mentioned there. At this meeting we discussed with the Leos and prospects about the date, schedule and the tasks we have to complete prior to the project date. The president of the Leo club of Moratuwa, Leo Ajith contributed a lot to schedule, arrange and delegate the workload. Then the work was divided among our members. 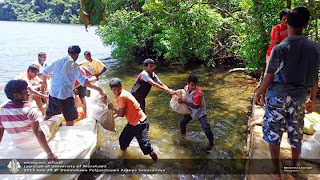 Our first task was to carry some small rocks from the edge of the island or the shore to the shrine room in the aaranyaya, which was under constructions. We used sacks to carry the stones and we had to walk about 1km to reach the temple from the shore. It was a very difficult and tiring work as we had to climb a small hillock on our way. After about 2 hours of hard work we could finish our first task. 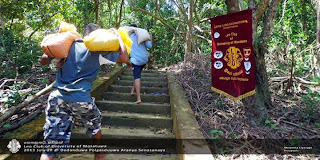 Next the hardest and the most important task of our project was reached. That was to transport sand from the shore of the land to the island. For that purpose our team was divided into three groups. First two groups went to the land by the boat with sacks to carry sand. Six members peddled the boat. After reaching the land we loaded about 40 sacks of sand to the boat and peddled back to the island. The trips in the boat were very enjoyable but very tiresome at the same time. It was very difficult to peddle with the load of sand in the boat. But we sang songs to overcome our tiredness and those trips gave us a new experience and unforgettable memories.

After we finished our work, the chief priest preached us dhamma and appreciated our effort and invited us to do some more. We left the aaranyaya at about 6.30 p.m. and came to land at about 6.45 p.m.
Although it was very tiresome it was a novel and wonderful experience for all of us.

Posted by Pramodh Senanayake at Wednesday, October 30, 2013 No comments:

Human immunodeficiency/acquired immunodeficiency syndrome – HIV/AIDS, the much dreaded disease, has over the years claimed many lives, and researchers have been battling for the past several decades to find a permanent cure to combat the deadly virus. According to information provided by the National (Sexually Transmitted Diseases) STD/AIDS Control Programme of the Ministry of Health, a recent survey has revealed, an increase of 12% in the number of cases compared to last year, with 81 cases confirmed as being HIV positive. This year, to date, 90 cases have been detected and confirmed as HIV positive. 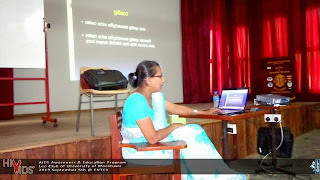 With the country being unable to control the menace, mainly due to the behavioural patterns of the population considered at risk, the numbers of patients have been increasing in the recent past. So, it is important to organize  awareness programmes, reaching out to people not only in Colombo but in the suburbs as well, to educate the public on the dangers of acquiring HIV.
As the doctor pointed out that following some fundamental ways to prevent HIVAIDS, 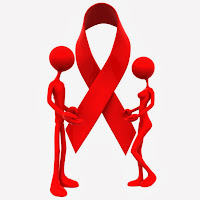 4.       Safe sex
Sex is something we cannot avoid unless you are physically challenged to the extent that sex is a privilege for you. Having sex is the right of your body. Prevention of HIV / AIDS can only be done when people starting to have some safe sex, ensuring that any time you have sex no doubt, good to have some devices HIV / AIDS as a preservative. We can only prevent HIV / AIDS, if we think the way we have sex. Reckless sexual behavior will have a very negative effect on how to prevent HIV / AIDS and increase the spread of HIV / AIDS. Since sex is a natural force cannot resist, as humans can resist having sex at the time or the wrong places.        . 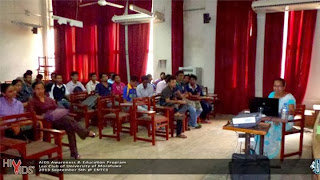 Posted by Pramodh Senanayake at Monday, October 28, 2013 No comments: