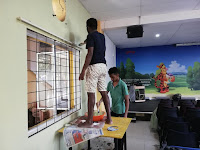 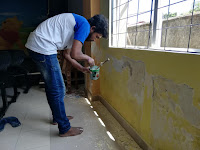 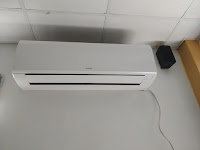 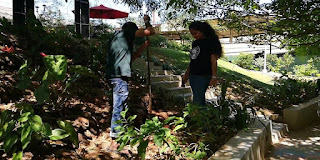 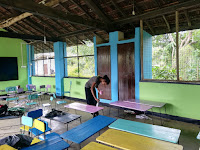 “උගතමනා ශිල්පයමයි මතු රැකෙනා” as this olden Sinhala phrase depicts whatever we got through education will last forever. As university students, we know the importance of free education and the effect of a better education environment in one’s life. So we all have the responsibility to give today’s students something better than what we received. Bearing this motivation in our mind, and with the aim of adding colours to the world of those little children, “වර්ණ phase 1” came to the stage, as a collective effort of many. 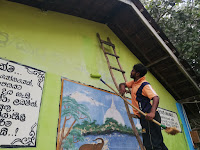 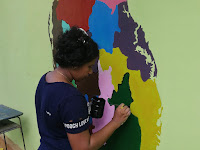 “වර්ණ phase 1” was conducted at Katupuliyankulama Vidyalaya, which is located in a rural area near the border of Wilpaththu forest. The project continued for two days on 22nd and 23rd of December with the collaboration of UoM Leos with many social activists. During this first phase of the project, classrooms and all the furniture within them were repaired and painted to bring a fresh look to the learning environment in the coming new year.
At the end of two days, the project concluded with a success hoping that the little students will love the change they’ll see when the school starts in a few days. 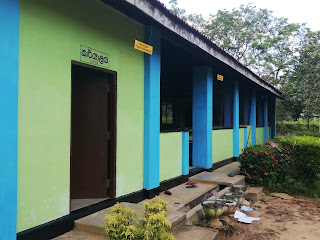 “Music gives a soul to the universe, wings to the mind, flight to the imagination and life to everything.”

Listening to music would always give us the freedom of mind that we are seeking. UoM Leos held this Leo Pedura, which is one of our annual events, once again to bring out the talents hidden among ourselves and to bring an entertaining holiday for the busy life of all of us. Leo Pedura was held on 20 th of January not only with the participation of the UoM Leos, but also with participation of many Leos from the Multiple District 306. As always, participation of the visiting Leos from our other fellow Leo Clubs added an extra elegance into Leo Pedura.

Singing talents of UoM Leos and also of some visiting Leos were on display in that colorful night. Almost all of the songs were very much appreciated by the crowd just because of their singing abilities. But the color of the night was magnified with the dancing acts done during the show both by our club members and other members from the district as well. Not only with dancing acts, but the crowd was also entertained by the drama done by the UoM Leos.

But the most notable in the Leo Pedura was the appreciations done by the UoM Leos to some of the artists who have contributed to the music field through the past years. An appreciation award was given as a tribute to their great work. Mr. Jayathissa Alahakoon, Mr. Karunarathna Amarasinghe, Mr. Athula Ransirilal were some among them. Leo Pedura once again gave an excellent platform for many Leos to show their aesthetic talents and a wonderful evening to the rest of others at the beginning of another new year. 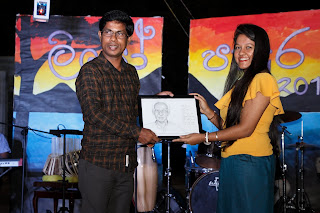 The heart of a volunteer is not measured in size, but by the depth of the commitment to make a difference in the lives of others. We, UoM Leos are a one big family with such hearted volunteers that love to help the needed, bear the responsibility for the countries future and seek for opportunities to experience the leadership.

Introducing that platform, Leo Club of University of Moratuwa, to the newest batch of the university and inviting them to join with the Club, was done through Merge'19. It was organized on 16th of January, 2019 at Civil Auditorium of the University from 6.30 onwards. It was very successfully held throughout the evening with a big gathering full of new brothers and sisters from the most junior batch. The program was started with a brief introduction about Club and Leoism by the current president of Leo Club of University of Moratuwa, Leo Kasun Ramanayake.

Then there was a little activity session and new comers were very eager to actively participate in it. During that session, it could be seen that the undergraduates from the newest batch in the university took opportunities with a good confidence and they had wonderful ideas about community projects that can be done for the sake of well-being of the society. There, it was a great pleasure to see such an enthusiasm and an understanding among them about their responsibilities.


At the end of the program, everyone had a clear image about volunteering and the UoM Leo Club. Merge’19 gave us the hope that sooner there would be a set of energetic youngsters to take over this legacy and continue the imperial legend of eminence.

The sun rises from east to west, but still it carries the same heat all-around. Sun shows us all that there is no difference between any of us who lives anywhere. North or south, east or west, there are only Sri Lankans with the same blood in this motherland. It is Yaldewi who carries the love and affection from south to north, which is not just a train, but a blood vein that connects us all together. So UoM Leos, carried the warmth of harmony and happiness from Colombo to Jaffna through the same blood vein for the 3 rd consecutive year on 12 th and 13 th of January. 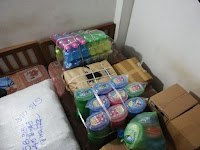 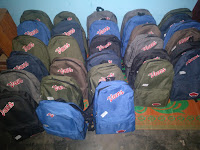 But this year, it was more than a Pongal celebration. UoM Leos together with the Sri Lankan Army Vijayabahu Regiment 10 th Battalion distributed stationeries to flood affected school children at Aliyawalai C.C. Tamil Mixed School in Jaffna. Beach cleaning project was one of the best projects done during those two days as that beach was full of scattered waste and it was sad to see such an unclean place that harms the beauty of our motherland. Since it is one of our utmost duties to clean the environment UoM Leos did it with a great motive and the pleasure of leaving a beautiful country to the future generation. 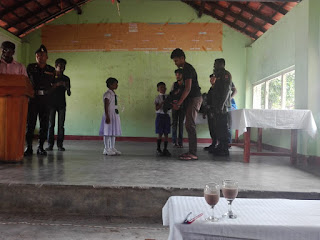 The best experience came in the evening of the 2 nd or the last day, when we played cricket matches with our nations’ guardians. It is always a pleasure and an honor to spend time with them and we were blessed to spend a whole day with them. “We are only as strong as we are united, as weak as we are divided.” Kolomthotin Yalpanamata is also a step towards peace and unity among Sri Lankans.
Posted by Nilupulee Hansamali at Friday, January 18, 2019 No comments:

Some people smile in their own happiness and some others smile by making others feel happy and making them to smile. As UoM Leos, who try to be the second kind of people, we always try to make others happy by making their lives better. That’s why we go in search of various kinds of people from different societies and find ways to make them feel happy with their own life. What remains after successfully finishing any of these projects, is the condescending proudness and the satisfaction from it.

වර්ණ is one of the such projects that was organized with the help of many volunteers, aiming the needy students from rural schools, who mostly do not receive many of the scholarships or helping hands from the government or other sectors. This project was initiated in Katupuliyankulama Vidyalaya, which is located in a very rural village bordered to the Wilpaththu forest in the Puttalam District. The project was conducted in two stages as from the first stage school buildings and other infrastructure were repaired and colored to make them ready with a fresh look for the new school term coming.

The second stage of the same project was carried out on 3rd January 2019 with the start of the new school term, on the very first day students came to school after the new year. In this stage, gifts such as lunch boxes, school bags, shoes and water bottles and other necessary school items were distributed among the students in the school. Not only that, but also some interactive sessions related to basic Mathematics and English were also done in that day. Further, some fun events also were organized simultaneously to the occasion interacting with the students.


At the end of the day, their innocent faces full of smiles made us to see how they felt and the happiness we brought to their lives. That were a few couples of days well spent to uplift the educational environment of the country’s future. Letting them to have same privileges in education as others would contribute to make the country a better place one day. 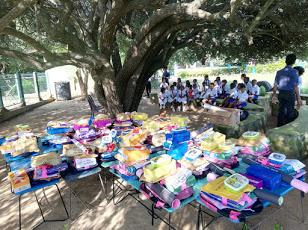 Betterment of the society video series

The reason that Leo Club of University of Moratuwa became the Most Outstanding Leo Club in Sri Lanka, in the previous year was the untiring effort of Leos, which made to steer the society towards the advancement of humanity embedded with compassion. With the beginning of this new year 2019, UoM Leos have initiated another program for the betterment of the society through a video series that carry out a voice, to make people think differently. In the first video, it highlights the matter of not to utter a single word that would inflict pain on another’s heart even for a split of a second. 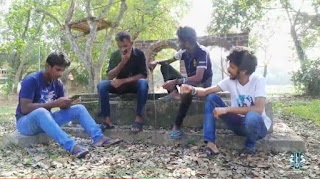 The first video of this series was released on 1 st of January with a little newer concept. As most of us know there is a junction in Ratmalana, located near the School for Deaf and Blind that has been called as “Golu Madama” for over a long period of time. Sometimes, these two small words might have hurt the feelings of hundreds of students studying there, their parents and almost anyone related to them. But, the actual name of this place is “Borupana Handiya”, which is not widely used in the society, and using this name would not recall them that they are differently abled. So, why do we hurt someone for over a few words. It is so simple as that, hereafter, we can call this junction “Borupana Handiya” rather than “Golu Madama” and not to upset someone anymore. This is the small idea elaborated in this first video.

This video has been uploaded to the UoM Leos YouTube Channel to make the public aware of this great endeavour. Here, in the video Leo Kasun Ramanayake, Leo Praminda Vindika, Leo Chathuranga Saman and Leo Thilina Prasad act highlighting the value and the importance of this small fact which matters a lot. In the future, more and more videos would come out to make people rethink about these types of drawbacks in the society.