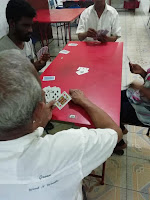 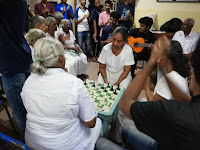 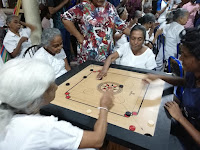 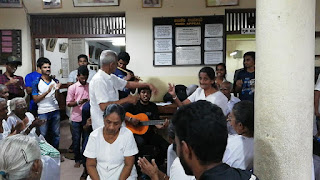 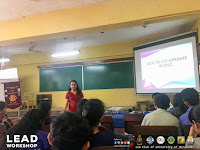 The title LEO stands for Leadership, Experience and Opportunity, the three attributes that polish the identity of any Leo, to make him/her to a person that can bear the responsibility of the future world one day. But, Leoism is also a motivation for the enhancement of interpersonal skills, self-confidence and personality. With the objective of intensifying the awareness of Leos and prospects of the Leo Club of University of Moratuwa on different areas, the workshop LEAD was held on 22nd November 2018, from 10.30 am onwards at the university premises. There, the speakers were the past devoted club adherents, Leo Lion Ivan Udakara, Leo Wasantha Kumara, Leo Shehan Akmeemana, Leo Kasun Geeganage and Leo Piyumi Pabasara. 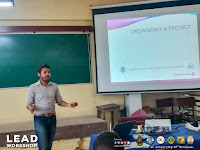 A reflection on the Leo Club of the University of Moratuwa, including the Pledge of Allegiance and Leo Pledge, was dispensed by Leo Lion Ivan Udakara. Leo Shehan Akmeemana accentuated the Leo Club Protocol, the procedure of a general meeting and a board meeting and furnished the audience about the club’s foundation. 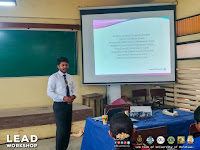 Leo Kasun Geeganage acknowledged the participants, especially the prospects, about the path of UoM Leos. Leo Piyumi Pabasara explained about what the corporate world expects from Leos.
The session on Leoism, Leadership and Professionalism conducted by Leo Wasantha Kumara, emphasized the value of volunteering, especially as a UoM Leo. There, during the workshop, the game conducted to create a group according to shapes strengthened the message that everyone should act like one.
The flow of the workshop successfully went through, with the participation of many Leos and prospects from the club. The event concluded fruitfully with the inspired hearts of the participants. 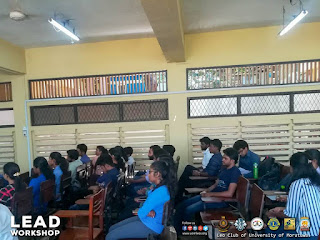 ‘Puluwannam Allaganna’ was a drama which was a mere reflection of the society that we are currently experiencing today. This fabulous evening was finally brought in to the screen, as a collective effort of all the Leos and prospects from Leo Club of the University of Moratuwa. The main intention of this annually organized drama was to raise funds for the projects, the club has planned to carry out in future. Further, that was also an endeavour to improve the literal taste and relieve the minds of the viewers from their busy daily schedules.

Old Gymnasium of the university was reserved as the venue of the event, while it was staged in two-time slots during the same day, 1st November. Many of the viewers were the undergraduates from the university, academic and non-academic staff members while Leos, Prospects, Past members and Lions from our club and as well as from other fellow Leo clubs joined with us in that evening.

The drama was a production of Akila Sapumal, who is an emerging young stage drama director in Sri Lanka. The drama crew was a combination of both young and experienced clever actors and actresses including Jagath Chamila, Thilanka Gamage, Imaya Sewwandika, Kithmini Hemachandra, Uditha Liyanage, Dilranga Epa and Susanga Kadawalarachchi.
The plot of the drama was basically on the current situation of the country including how the general public feels about their lives and the true story behind the people and the politicians. This was presented to the audience, with comedy where appropriated and won the attention of the whole audience over the entire drama. 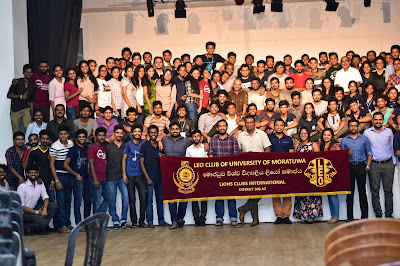