“An Island Without Plastic” - Leaflet distribution and Awareness program 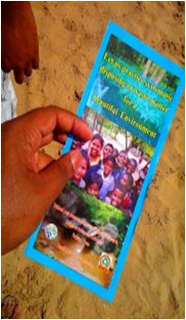 Done an awareness program by distributing the leaflets among the people who were at the beach during that time period. There were three sets of leaflets which were printed in Sinhala, English and in Tamil medium. So we could aware most of the people who were there without any problems due to the medium of communicating. These leaflets were consist of the method of accruing the environmental pollution, the effect of those pollutions and the method of overcome them. So, as the Leos, Leo Club of Mathugama, University of Moratuwa and Godigamuwa organized an awareness program on post consumer plastic waste management with collaboration of Central Environment Authority in 08th of January Because of, we realized that it is a topical necessary of world including Sri Lanka.
Posted by LEO Ruwan Tharanga at Monday, February 13, 2012 No comments:

BEACH CLEANING PROGRAM - A joint project between the LEO Club of University of Moratuwa ,LEO Club of Mathugama and Leo Club of Godigamuwa. 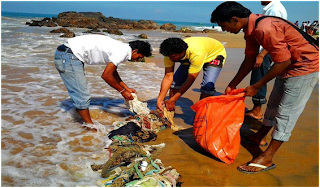 Beaches are one of the most beautiful assets in Sri Lankan natural environment. The beach sides has became a main way to attract travelers from foreign as well as from own country. But due to the environmental pollutions near the most civilized places the beaches become unclean and it leads to cause damages to the beauty and cleanness of those places. Some of the beaches are just plain dirty. This garbage consists of polythene, plastics, and foods wastes and so on. Garbage seems to be everywhere and is causing a serious threat to the general health of those living near the beaches and the people who come as travelers to those 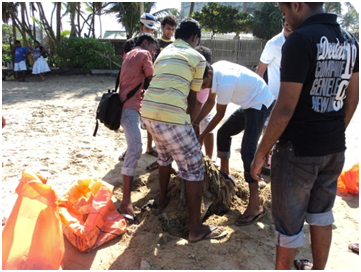 places. So as the leading young people in the society the LEO club of University of Moratuwa and the LEO club of Mathugama wanted to carried out a beach cleaning program to clean those areas and help the country to keeps its beauty more longer. As an answer for request of leos,, the post consumer project of Central Environmental Authority supplied, all of the bags to collect the garbage.

Posted by LEO Ruwan Tharanga at Monday, February 13, 2012 No comments: