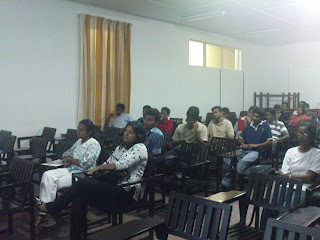 The 3rd general meeting of the leo club of university of moratuwa was held on 07th October 2009 at the textile auditorium, university of moratuwa with contribution of more than 50 leos and leo prospect. The guest of honour of the occasion was the zone Chairman of the District 306A2 Lion Naleen Gunasekara and chief guest was vice president of the leo district 306A2 Leo Thilini Jayaweera. The most prominent event of the meeting was the induction of the Leo of the month according to the concept of the chairman of the club Leo Sameera Hewage.

So the congratulations goes for the leos of the months,

After the meeting there had been an interactive session on report writing, done by Leo Hansi Sitinamaluwa and an orientation programme on the leonism conducted by Leo Ruwan Narampanawa which enhanced the value of the gathering. 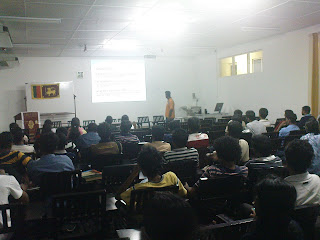 "Heart to Heart"-Children's Day programme in IDP camp at Vaunia 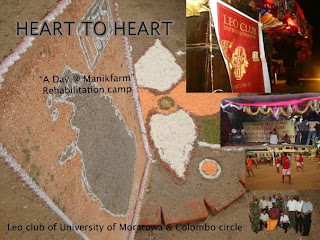 After the war has been ended everyone think that everything is fine.Yes it's true that the violence has ended, but still there are people who are willing for our love and affection there.Because of the unnecessary war continued by the LTTE lot of children like us had lost their childhood.Not only they lost their childhood but also they lost their parents,brothers,sisters and many more.Some of them are disabled.They are none other than the victims of the LTTE by becoming child soldiers who are also our friends.We should show our love and respect to those innocent children.
So this year Leos of university of Moratuwa was engaged in a memorial event on the 1st of October ,showing that who are the real leos
and what actually their responsibility is.In collaboration with Rehabilitation Department of Sri Lanka,we organized a children's day programme at the IDP camp in Vaunia on the Children's Day in this year.Leo club of Colombo Circle in leodistrict B2 also j0int with us 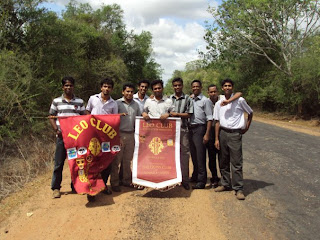 in this major event.
At the end of the day,we were delighted by seeing the cherished faces of those children.Not only that but also the officers and soldiers of sri Lanka Army enjoyed the proceedings specially "The Magic Show" as they appreciated our immense work again and again.So once again Leo club of university of Moratuwa had done a magnificent job on behalf of the country.
Special thanks goes to Major General Daya
Rathnayake new Commissioner General of Rehabilitation and other officers of SLA , Mrs.Ramani Gunawardhana Commissio
ner of Ayurveda Department ,Leo Club of Colombo Circle for the fullest support for the success of this occasion.
What we did?
during the documentary film, 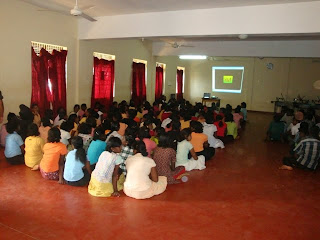 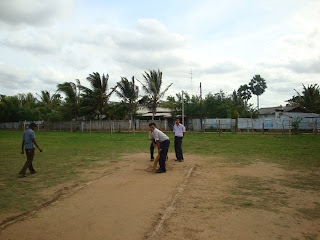 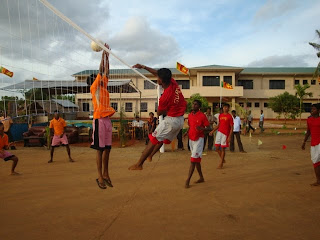 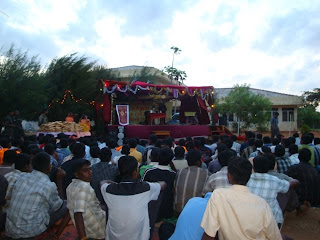