The campaign was organized as a joint project with Leo club of Colombo (Host). It was initiated by Leo Asitha Pinnaduwa of Leo club of Colombo(Host) and Leo Namal Deshapriya of Leo club of University of Moratuwa. The primary purpose of this project was to clean the lake in the temple premises which was in a poor condition due to the bad maintenance. By the time we went there, condition of the lake was so bad up to the level of a environmental problem creator. It had lead to bad smell and mosquito problem.
The Leos took the initiative part and started cleaning the lake from the morning. After 7 hours of hard working, our leos came to the finish line of campaign. The time was 3.30 pm. Every face of a Leo was full of smile for being a successful workers after cleaning the lake and planting Lotus there giving a more pleasant environment in to the temple.

Posted by Unknown at Thursday, September 13, 2007 No comments:

As Leos of UOM, we marked the climax of August in the glooming evening on Wednesday 22nd . It was the first time in the Mora University history to organize a fire. The project was initiated and lead by Leo Chalitha Gunawardhane who is a director of our club. Almost all the members contributed for the success of the event by sharing the work. Finally as a team we could make it happen.
When the night arrived the Mora ground was enchanting with the elegant fire site prepared by Mora Leos. To share the glory we had our guests arrived. Among them District President 306A2 Leo Nadeesha Palliyaguru, DCL Lion Noel palliyaguru and PDP Leo Sadeepa palliyaguru were present. Accepting our invitations University students were present around the fire site.
Started with the traditional fire song and plenty of fire works all around the site. Leo Tilan and the music band could make the crowd harmonize with songs. Leo Chamitha of Leo Club of Piliyandala also among the guitarists. Dramas were presented by drama Association of UOM, which the crowd enjoyed very much making laughs all around.
Leo Amila proved his talent with electrifying traditional dance. “Haka” event was so interesting which was a whole new experience for every one.It is an ancient african event to keep up the moral. Presented by Transport & Logistic Management students. Fire programme carried on by Leo Sameera and Leo Dinusha. At the end of the ceremony crowd were invited for dinner which was “Maniyok” with chilli paste
on traditional “Nelum” leaves with Tea in a coconut shell.
We would like to thank all the Leos and Lions who supported us and present for the occasion to share the joy.... But.. The Party continued.... 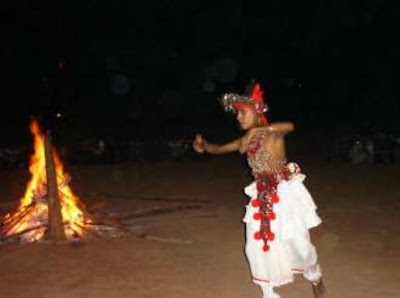 Date :- 15/08/2007
Venue :- @ university premises
Time :- 5.00 p.m.
Monthly general meeting of the club was held with the presence of our Leo adviser Lion Lady Meena Wellala and new comers as well. Leo Sameera conducted a speech craft program which allowed to address the gathering for each and every member. It was a new and positive idea to ensure active participation of all the members in the meeting. Leo Radeeshan delivered a successful ice-braking speech as well.
Posted by Unknown at Thursday, September 06, 2007 No comments:

Date :- 05/08/2007
Venue :- Computer Lab, Kothalawalapura M.V., Kothalawalapura.
Time :- 8.00 a.m. - 12.30p.m.
This project was organized jointly with Leo Club of Colombo Host of District 306A1 on behalf of Leos of both districts 306A1/A2. As future leaders Leos should know how to do things as well as to get things done by others. Multimedia is the future way of convincing things to your colleagues and followers as well. So our objective was to improve the multimedia skills of Leos. Leo Isuru Senadheera who is the secretary of Leo club of UOM conducted the workshop. He is from Department of Computer Science & Engineering, University of Moratuwa.
Packages discussed was
***Micro media Flash
***Ulead
Posted by Unknown at Thursday, September 06, 2007 No comments:

HI All,
Another Leostic year has started (07/08) and we are looking forward to it.
First congratulations for our new president Leo Namal, secretary Leo Isuru and treasurer Leo Chandana. Also for pass president Buddhi and board for the job well done for the last year.
Hope that new board also do the same or even better job in this year....